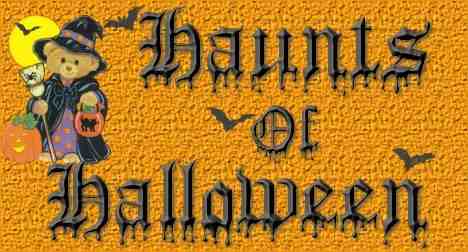 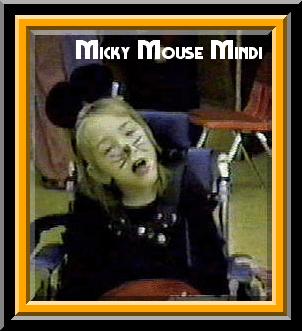 PLEASE! Do come in and join us. Hear the story of Mindi's Halloween's past.

She was born just 29 days before Halloween-with the sweet tooth to match! Her name was Melinda Lee, but she was affectionately known as Mindi-Moo 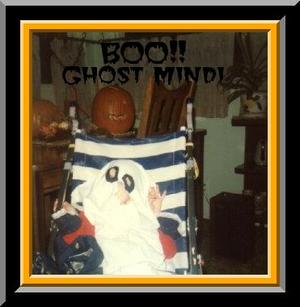 It was a normal, stormy, Seattle night, when she made her way silently into the world.

Next to Christmas and her birthday Halloween was next on her list.She loved candy and she loved dressing in costumes. In the early years, when it was her brother and her it was still country out here. There were only ten houses in our area.....and it wasn't walking distance! I would lift Mindi and her chair into the van by standing in the van and pulling it up. We had to do this at each house. The good thing is since they didn't get many Trick or Treaters they would had out handfuls of candy. Then we would drive ten miles into town to go to Grandma's house. 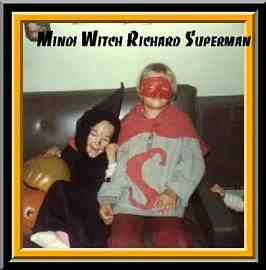 Each year, when we came back home from trick a treating, Mindi was trying to ask me something. Mindi couldn't talk and so I would have to ask Yes/No questions to find out what she wanted. Sometimes I wouldn't be able to figure it out. This happened for a couple of years. (Ok, so I am slow!) Then finally one year I found out what she wanted. She wanted me to dump out her pumpkin, she had one of those little plastic ones, so she could scope out her loot! So it became a tradtion every year. Dump out the pumpkin and then pick up each piece of candy, one by one, show it to her, and then put it back in the pumpkin. 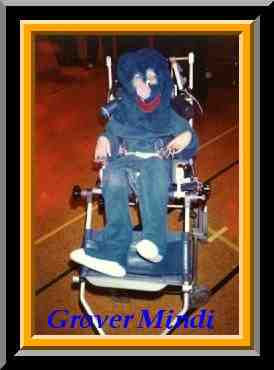 Mindi's most favorite costume of all time was her Grover costume. Grover was a monster on Sesame Street and he was her favorite. She wore the costume several years in a row. It was real nice cause all you had to do was take off her head, show her her loot and then put her to bed. 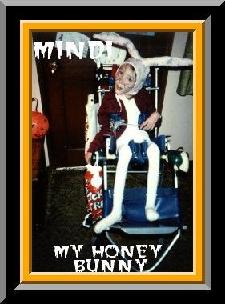 The years went by and Mindi got older. I finally convinced her she was to old to go trick a treating. For a few years there was a Halloween party she would attend each year. Then for the last couple of years Mindi and her foster sister Brett and Brett's Mom and I would dress them up and take them to the mall. There we could watch all the little kids and everyone gave them candy too. 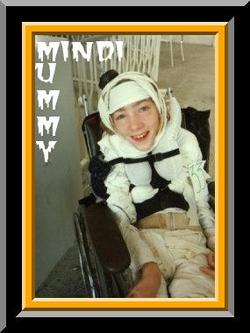 Even though Mindi dearly loved Halloween, she did not like to be scared. She refused to go into a haunted house, no matter how not scarey it was suppose to not be. We made plans to go see Casper the FRIENDLY ghost. Mindi wanted to have nothing to do with it. We finally convinced her it was a cute, friendly ghost. She enjoyed the movie.